The circuit above shows a good way to build the XNOR gate using only 5 transistors. The first two transistors starting from the left are acting like a NAND Gate, the middle transistor is acting like a switch, and the last two are similar to an OR gate. In the photo, both inputs are on as the two far-left resistors are connecting inputs A and B.

This video shows how to build all types of digital logic gates. At 38:05 the exclusive XNOR gate is discussed in detail. This is one of the more difficult logic gates to build and is not widely used. If you are looking for a simple logic gate to build consider the NAND gate or NOR gate. 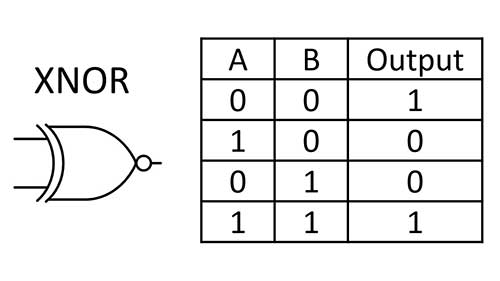 The truth table for the XNOR is shown above. It shows that the circuit will be on if both the inputs are on or off. When only one input is on the output will be off. The symbol looks like an exclusive OR gate symbol but it has the circle in front which means it has the opposite logic. 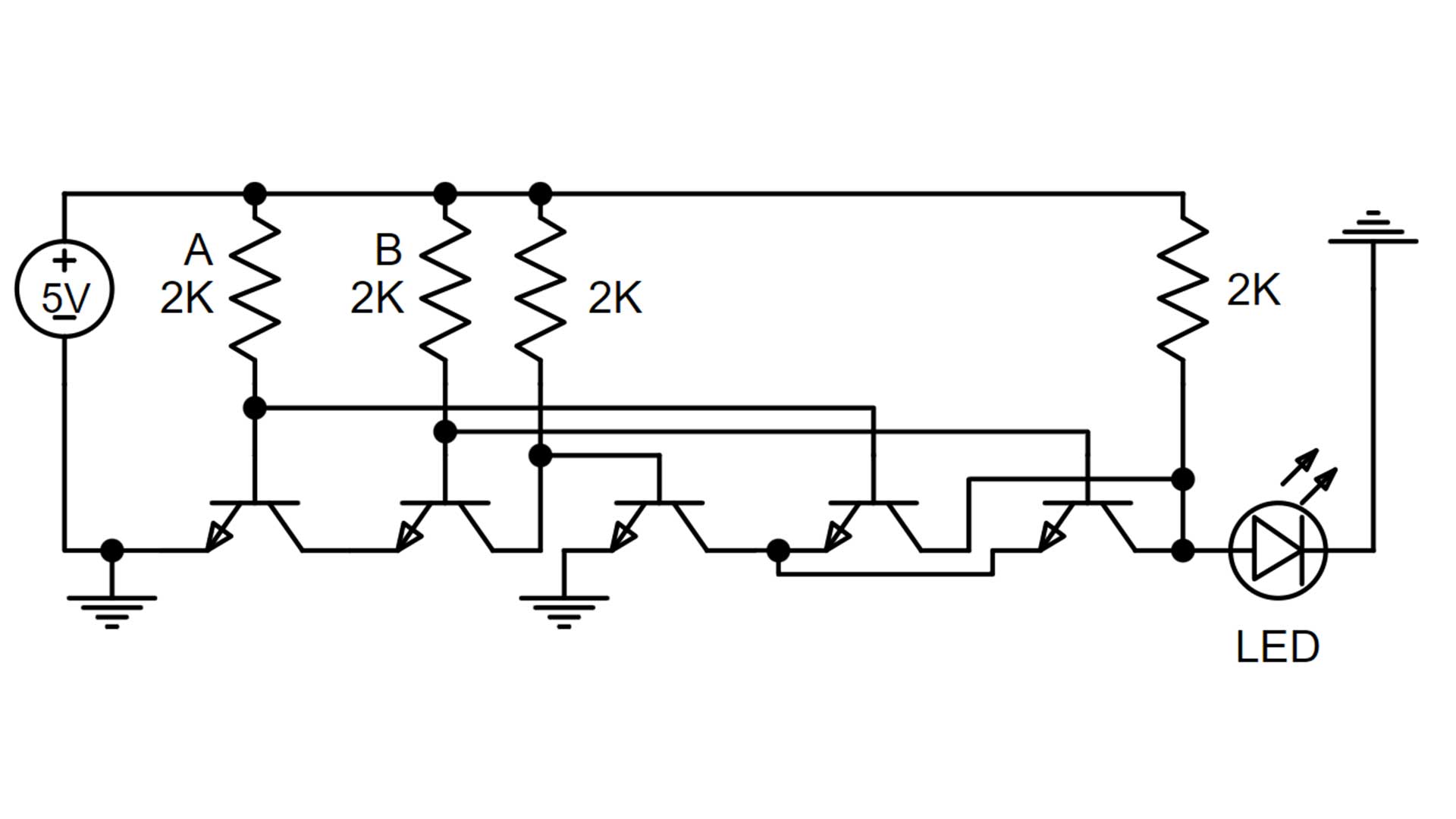 The circuit diagram for the XNOR gate is shown above. This is just one example circuit and is the case using 5 transistors. Inputs A and B connect to the base of the first two transistors using a 2K resistor. If the resistor is in place the input is on and if the resistor is not in place the input is off. When the output is on the LED will be lit up when the output is off the LED will not be illuminated.