The world’s energy problem centers around the lack of sustainable energy that is environmentally friendly. The Internal Electric Converter can change that. I will be presenting this in detail in the future but will present the general concept in this article. The energy distribution in a gas varies at the atomic level due to differences in particle velocities. The temperature of a gas is based on the average velocity of the particles.

The differences in velocities at the atomic level could be thought of as a temperature difference. In most cases, when a temperature difference is present, usable energy can be harnessed. Many of the world’s best scientists have thought of this and do not think it is possible to harness energy from these velocity variations. The concept is described in terms of Maxwell’s demon, Brownian ratchet, and Richard Feynman described it in terms of the Rachet and Pawl in chapter 46 of the Feynman lectures on physics, volume 1.

Leon Brillouin in 1950 described a diode as the electrical version of a Brownian ratchet if it could rectify Johnson noise. However, the conclusion was that it could not produce usable energy in thermal equilibrium. The energy distributions in crystalline material are in fact very similar to those in a gas. So using a semiconductor crystalline material is very likely the best approach to trying to harness temperature differences at the atomic level. 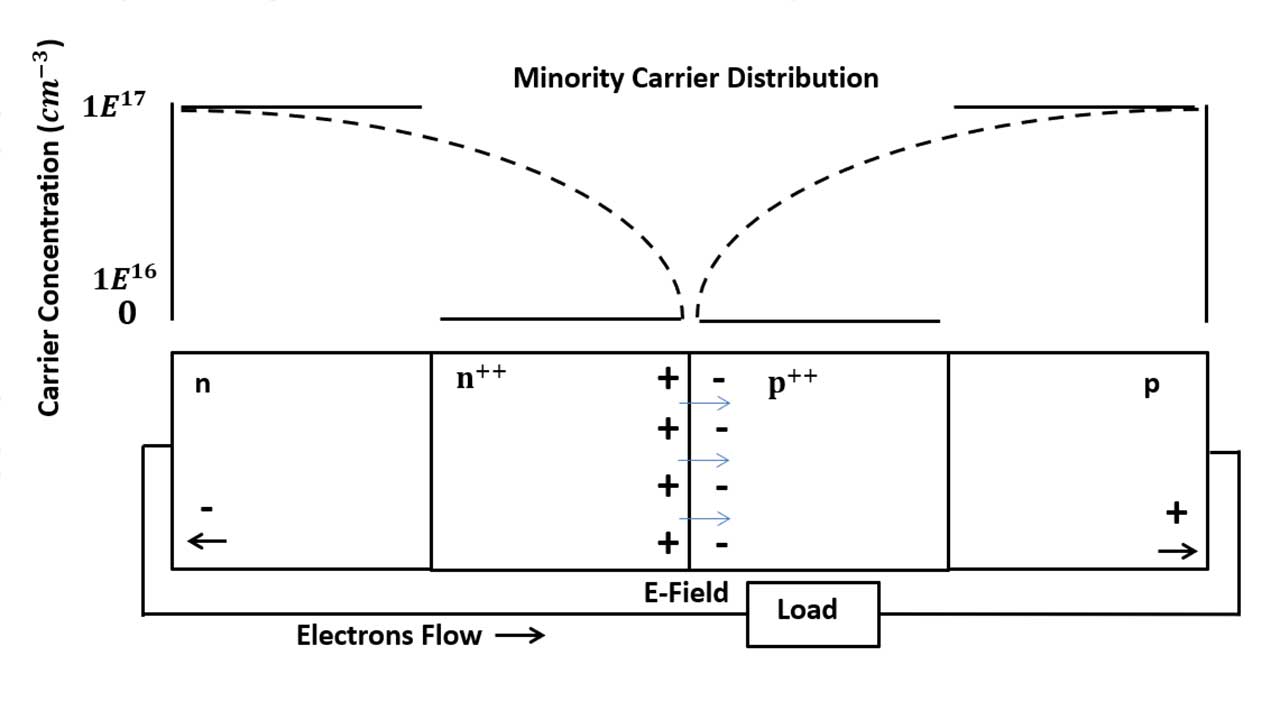 In fact, these scientists were correct that a silicon diode would produce close to zero energy. However, I am suggesting that if the diode is modified it can in fact produce usable energy in thermal equilibrium. Many people approach the problem by setting the energy harnessed by the device to zero as an initial. This inherently makes the math say it will not work but does not mean the math is an accurate description of reality. 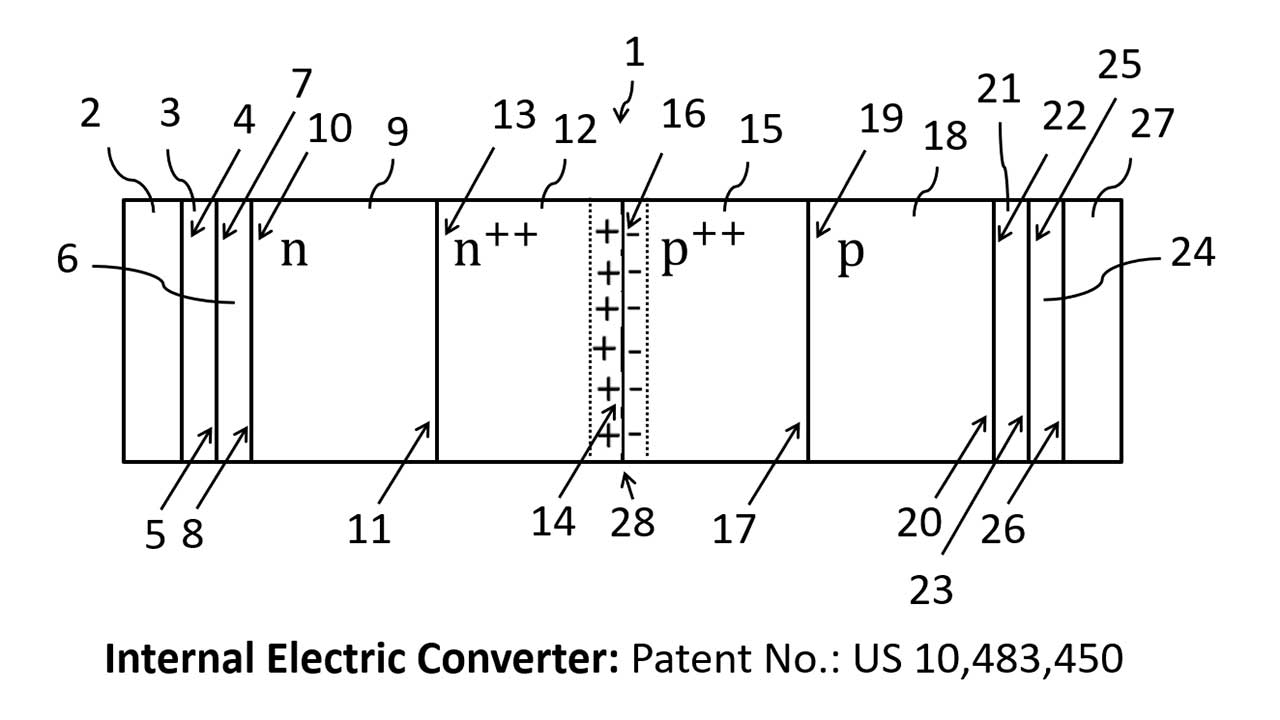 The figure above shows one cell of the Internal Electric Converter, Patent No 10,483,450.  The attached patent explains in detail how the device works. The figure below gives one example of how a cell would be configured. 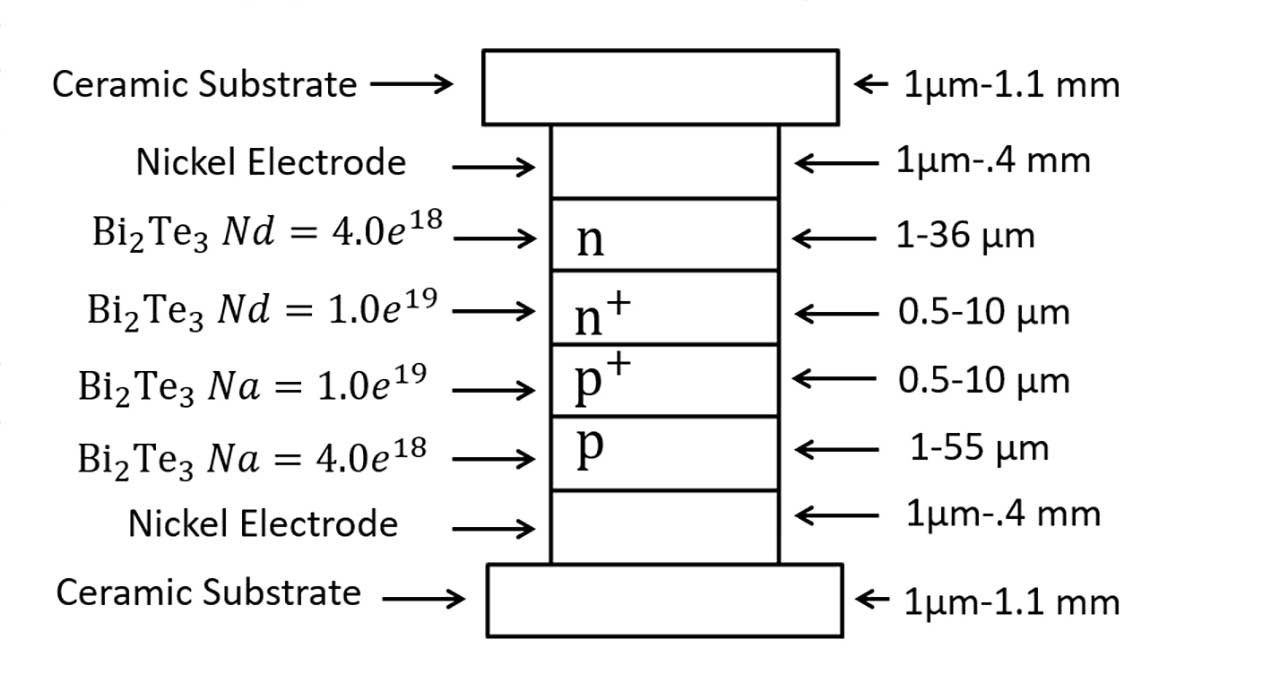 The outside of the cell is a ceramic substrate. This is thermally conductive and electrically insulating. This allows a heat exchanger to be attached to the outside of the cells. A thin nickel electrode can be used to electrically connect the cells. A low bandgap semiconductor like Bi2Te3 allows for a large number of thermal-generated minority carriers within the cell. It has a large enough bandgap so the build-in potential can limit the diffusion of majority carriers across the junction.

I have filed an additional patent on a similar concept. If you would like to work with the Global Science Network on manufacturing these devices feel free to reach out. I will be presenting this work in greater detail as soon as possible.