A couple of decades ago, recording with a single tungsten electrode in an awake, behaving animal was considered state of the art. Consistent with that available technology, the theories of brain functioning also mostly revolved around single neural activity. The ability to simultaneously record from multiple electrodes has revolutionized systems neuroscience. With large-scale neural data, the rich dynamic representation of the world inside the brain has become ever more apparent. The tools to record such data and methods to analyze such data have been steadily growing. Although the list below is not exclusive, it provides information about multiple freely available neural datasets and software available to analyze them. 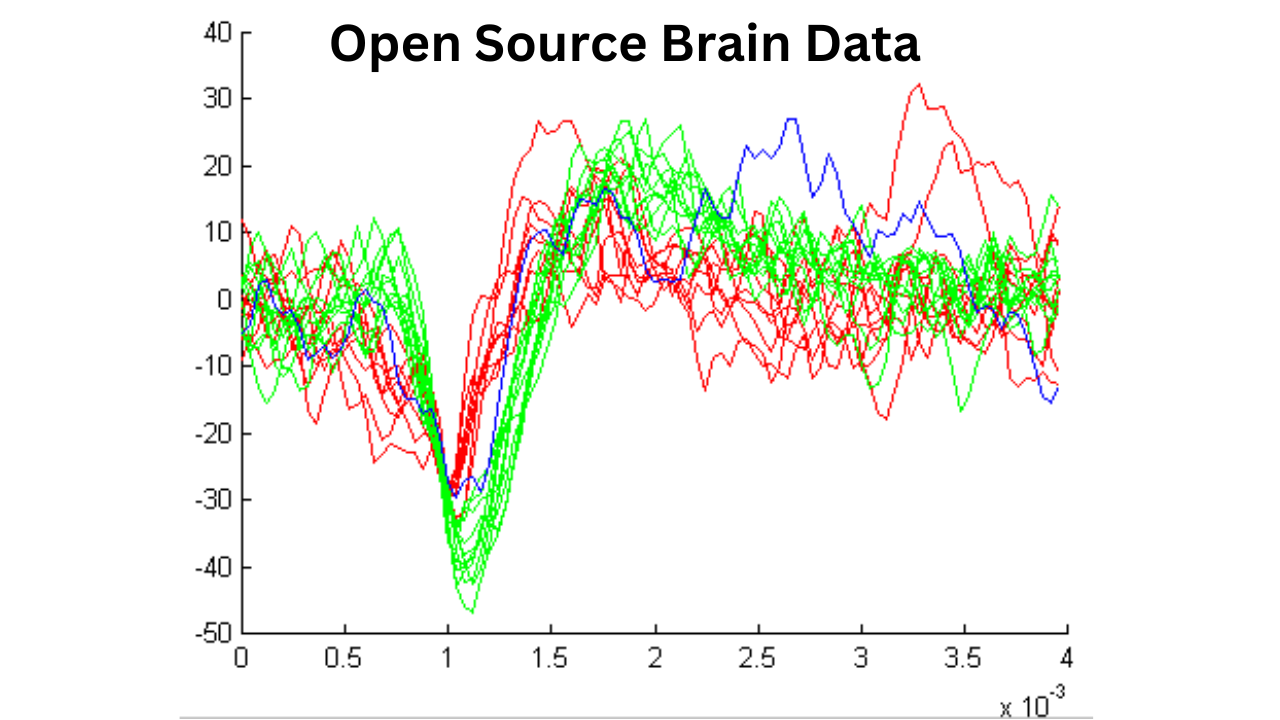 The Collaborative Research in Computational Neuroscience (CRCNS) is a joint program funded by NSF and NIH since 2002. The platform has enabled the integration of theoretical and experimental neuroscience through collaborative research projects that typically involve two to five senior investigators.

Brain-Score.org hosts a diverse set of neural and behavioral benchmarks from neuroscience experiments and provides them to the community for model testing. Data alone are importantly not enough because they often require specialized training which makes them inaccessible to most modelers. Brain-Score therefore converts data into quantitative benchmarks that run neuroscientific experiments on candidate models and yield a similarity match score to the biological observations. By translating models from machine learning into experimental subjects, and neuroscience data into quantitative benchmarks, Brain-Score bridges between these two fields and makes advances on either side available to the broader community in a synergistic manner. The DiCarlo lab at MIT is involved in this project. There is also a research paper about how brain score ranks artificial neural networks.

This collection of neural data contains data from individual monkeys that were performing a passive fixation task. These large-scale recordings were done using multielectrode arrays (Utah arrays) across visual area V4. The repository contains a set of functions written in MATLAB. The data has been stored in the .mat file format. The files contain, LFP, Spikes, Eye movements, and Pupil diameter data.

G-Node Infrastructure service is a free and open data management system designed for comprehensive and reproducible management of neuroscientific data.

This macaque temporal cortex data has been collected by Matt Ainsworth. It contains Utah array recordings from the macaque temporal cortex and contains a 21 second segment. The data, sampled at 10 kHz has been saved in ‘.mat’ format. Gamma oscillation was induced using nanomolar kainite solution. All the raw data has been included and organized into a 100 by 210000 matrix (100 channels, 210000 samples per channel). Here is a link to the research paper that used this data.

The Visual Coding Neuropixels project studies the activity of the visual cortex and the thalamus by using high-density extracellular electrophysiology (Ecephys) probes. Recordings are performed across multiple regions in the mouse brain. The images are shown as part of a passive visual fixation task.

The AllenSDK provides access to the spike-sorted data (along with the corresponding meta-data) as Neurodata Without Borders (NWB) files. Users do not require prior knowledge of the NWB data format to use the AllenSDK.

This repository contains two electrophysiological datasets that were recorded in the motor cortex of two macaque monkeys. The monkeys performed a delayed reach-to-grasp task. The neural activity was measured using chronically implanted 10-by-10 Utah electrode arrays.

This repository contains local field potential (LFP) data from a 8×8 Utah array implanted in the primary visual cortex of an awake behaving macaque monkey. Please refer to Field Trip website to learn more about the organization of the data (which is in the Fieldtrip format). The monkeys passively fixated on a fixation spot while images were presented to them.

The DANDI archive allows user to find the published datasets in the Neurons without borders (NWB) 2.0 file format. There are several datasets included in the archive as representative examples across the community.

The Neuropixels repository contains links to specific electrophysiological measurements using the newly developed neuropixel probes. The processed data contains results from spike sorting. It also includes two recordings with known imposed drift. The data can be used to further evaluate and compare the performance of various spike sorting methods. The repository will be expanded over time. Users can load the data directly into Python SpikeInterface objects.

There are five main components that make up the MEA tools. First, pymea is a Python module for interacting with the multi-electrode data within Python. Second Spike detection and spike sorting is done using a command line script. Thrid, the raw analog data and the corresponding spike-rasters can be viewed using a python-based application, MEA Viewer. Fourth, MEA Tools is a Python application that provides a user-friendly interface to the spike detection/spike sorting utilities provided by the command line script. Finally, the Mathematica library is used to analyze spike data and other related analog data.

The nSTAT software package (based on MATLAB) helps neuroscientists to analyze, interpret, and model datasets that comprise neural spiking activity, and other related empirical variables.  It is based on Object-Oriented programming to allow users to manipulate data by applying operations to meaningful data objects instead of abstract numerical data.

Kohitij has a PHD in Neuroscience from Rutgers and is currently a research scientist and Massachusetts Institute of Technology.